For generator owners, overloading is something that needs to be taken care of. The primary difference between the energy your house gets from the state grid and the energy your generator produces is the amount of load you can place, alternatively, how many appliances you can actually run on this energy.

A generator is overloaded when you hook up more appliances on your generator than it can sustain. This article aims to help you avoid running into such problems and allow you to use your machine safely. This is important because in worst-case scenarios, a generator overload can have devastating consequences. There have been accounts of entire homes being burned to the ground because of a generator fire that initiated from a simple overload.

Before we dive into avoiding a generator overload, I believe it is necessary that you get yourself acquainted with some terminology because an overload, essentially, is a technical problem that requires some degree of technical understanding.

The amount of energy your generator can produce depends on the watts supported by your generator. Smaller inverter generators can produce around 500 watts whereas some larger generators that power an entire house or a construction site go up to 40,000 watts. But more importantly, it is possible to overload a generator regardless of the watts it can produce. A generator overloads when watts consumed exceed the watts that can be generated. Now let’s talk about starting watts and running watts.

Home appliances like a refrigerator, freezer and air conditioner, etc. consume higher than normal watts when they are started, this is called their starting wattage. For the first couple of minutes upon plugging in, your appliances consume starting watts.

Now that the terminology is all set, let’s dive into the topic of generator overload.

When Does Your Generator Overload?

As mentioned earlier, a generator overloads when the load placed on it exceeds the load it can sustain. Ideally, your generator should be running on 75% load or less at all times. If your generator is labeled to produce 10,000 watts then you should avoid exceeding a placed load of 7500 watts.

Some heavy appliances exhibit a difference of up to 2000 watts between starting and running watts, therefore, an overload is highly probable if you do not take into account the starting watts of your appliances. In any case, an overload initiates as soon as consumed watts exceed sustainable watts.

What Happens When Your Generator Overloads?

To simply answer this question, there are two general things that can happen when a generator overloads and each has its own implications.

Often, the first identification is that the sound your generator makes changes, and this usually sounds like something is wrong. However, when a generator overloads, a more systematic indication is that it heats up. The overheating may cause a fire which can reach the gas tank of your generator, this usually results in an explosion if not taken care of instantly and cause damage to life and property.

I hope you can see that in almost all cases, overloading your generator is highly undesirable. With the risks of overloading explained, I’m now going to explain how you can avoid such circumstances. Fortunately, there is a lot that can be done to avoid overloading.

How Can You Avoid Overloading?

Getting the Right Generator

To start with, the first thing you need to make sure is that you plan ahead when purchasing a generator. You need to keep in mind the wattage that will be used when you run a generator. If you need your generator for a camping trip or to power your RV, you may need to run a refrigerator, an air conditioner, lights, and some basic equipment. In your home, you’ll have a much higher load.

In either case there no threshold that I can state here, you need to start by measuring the load. A wattmeter can be purchased or rented, and this will give you a very accurate estimate of how much load is consumed by the equipment you’ll need to run on your generator. You can then buy a generator that fits your requirements. Before doing this you should read my previous tutorial on how to correctly size your generator.

The next thing you need to make sure you are doing is being mindful of the load that is placed on your generator. Usually, you have should a fixed number of appliances that you should be putting on your generator, anything other than that should be hooked with caution. Most generator users maintain a separate distribution panel connected to the main distribution panel of their homes to identify the network of wiring that goes out to all appliances that are meant to run on a generator. But this practice is otherwise costly if your generator isn’t used very frequently.

Moreover, your generator may have a gauge that shows RPM and watts dissipated, so checking it every hour can keep you updated on how much load is actually being used. A higher than usual RPM indicates overload.

A circuit breaker sits between your generator and appliances and constantly monitors the loads that is passing through it. As soon as the watts exceeds the watts that the circuit breaker has been manufactured to allow, it will shut off instantly. The main electrical distribution panel of your house will also have a number of circuit breakers installed that cut off electricity supply to the house as soon as load exceeds normality or there is short-circuiting. 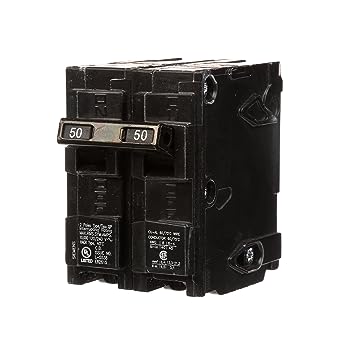 Is using a GFCI Receptacle effective?

A common myth is that a ground fault circuit interrupter (GFCI) receptacle can prevent overloading by tripping as soon as current exceeds a certain level. However, this is not true. A GFCI is only meant to prevent injury from electric current. I have talked about this in one of my earlier articles, that the human body provides a path of low resistance to electric current which can cause serious injury and be fatal. A GFCI simply cuts off supply if the current finds a path of low resistance, and not when there is a current overload.

Therefore, even if there is a GFCI installed, it will not help in preventing a generator overload. Therefore, you need to rely on a circuit breaker to cut off supply in the event of an overload.

I hope you were able to see how overloading can be very dangerous for your generator and more importantly your safety. As mentioned earlier, there have been many instances of deaths and serious injuries due to generator mismanagement. Overloading is one of the biggest problems that can occur if you are not mindful of what is being run on your generator.

A number of ways have been discussed to avoid overloading and using a circuit breaker is the most effective. It cuts off supply as soon as there is a surge in load that exceeds the load it has been programmed for and it is also very easy to install.

Bestforlives.com is a participant in the Amazon Services LLC Associates Program, an affiliate advertising program designed to provide a means for sites to earn fees by advertising and linking to Amazon.com